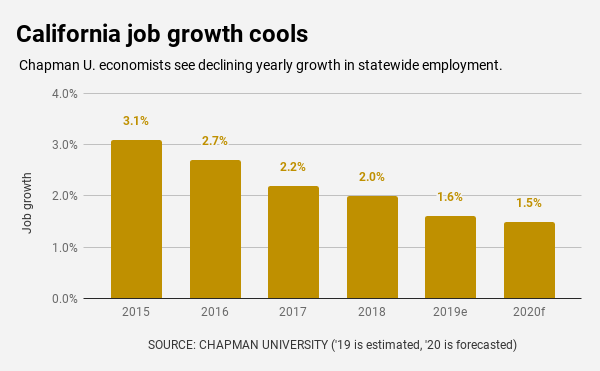 Chapman University’s economic forecast has a decidedly different warning for the California economy: There may be no housing shortage.

One key reason for that chill is residential building is stagnant.

Chapman sees statewide permitting for 115,000 units in 2020, up from 109,000 this year but down from 119,000 in 2018. And it’s nowhere near the statewide need of some 500,000 new units per year as suggested by Gov. Gavin Newsom to put a lid on the state’s high housing costs. Doti says that level is both illogical and would be impossible to pull off, even it was plausible.

Gauging housing demand is no mere academic exercise as the state is in the process of setting homebuilding targets for counties and cities. And remember that developers won’t build housing unless it’s profitable — regardless of regulatory demands or societal dreams.

Proposed state goals say six Southern California counties, for example, must add 1.34 million units in a decade. These construction minimums have been cheered by folks seeking more housing and criticized by local officials who claim the region cannot support, economically or logistically, that kind of expansion.

Look, it was just a decade ago that the region was swamped with unsold homes and falling rents amid the Great Recession’s economic destruction. So housing demand is by no means guaranteed.

Doti’s doubts about any significant housing needs from can be tied to his concerns for California’s growing net loss of residents to other states, especially departures to places with lower taxes and a cheaper cost of living.

This longtime watcher of the region’s economy notes these losses come as foreign in-migration slows with a national backdrop of fewer births and more deaths. Plus, demographics suggest there’s a cohort of older Californians who’ll soon become home sellers … or their heirs will be.

“Fewer people translates to fewer homes,” says Chapman’s report. “Rather than there being a housing shortage in California as many people claim, it increasingly looks like the pendulum is swinging in the other direction. That may explain why housing construction in the state isn’t showing much strength in spite of record-low mortgage rates.”

That tame real estate outlook also can be tied to a slower hiring pace statewide — 268,000 new jobs next year, the lowest in the recovery from the Great Recession — and fewer pay hikes with 4.6% forecast income growth, the lowest since 2016.

And it’s not just a California cooling. National economic growth, as measured by growth domestic product, is forecast by Chapman to be just 1.9% for 2020 after running 2.3% this year and 2.9% in 2018. 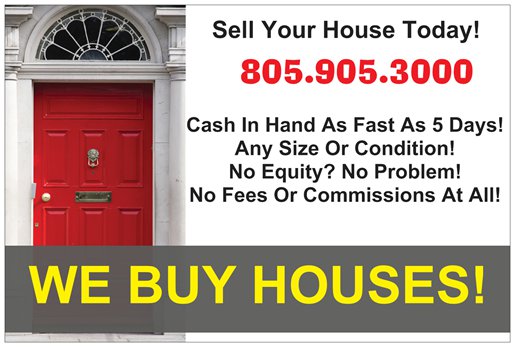